BACK
Cooking lesson, Sydney? Making Lebanese Food is Easier Than You Think 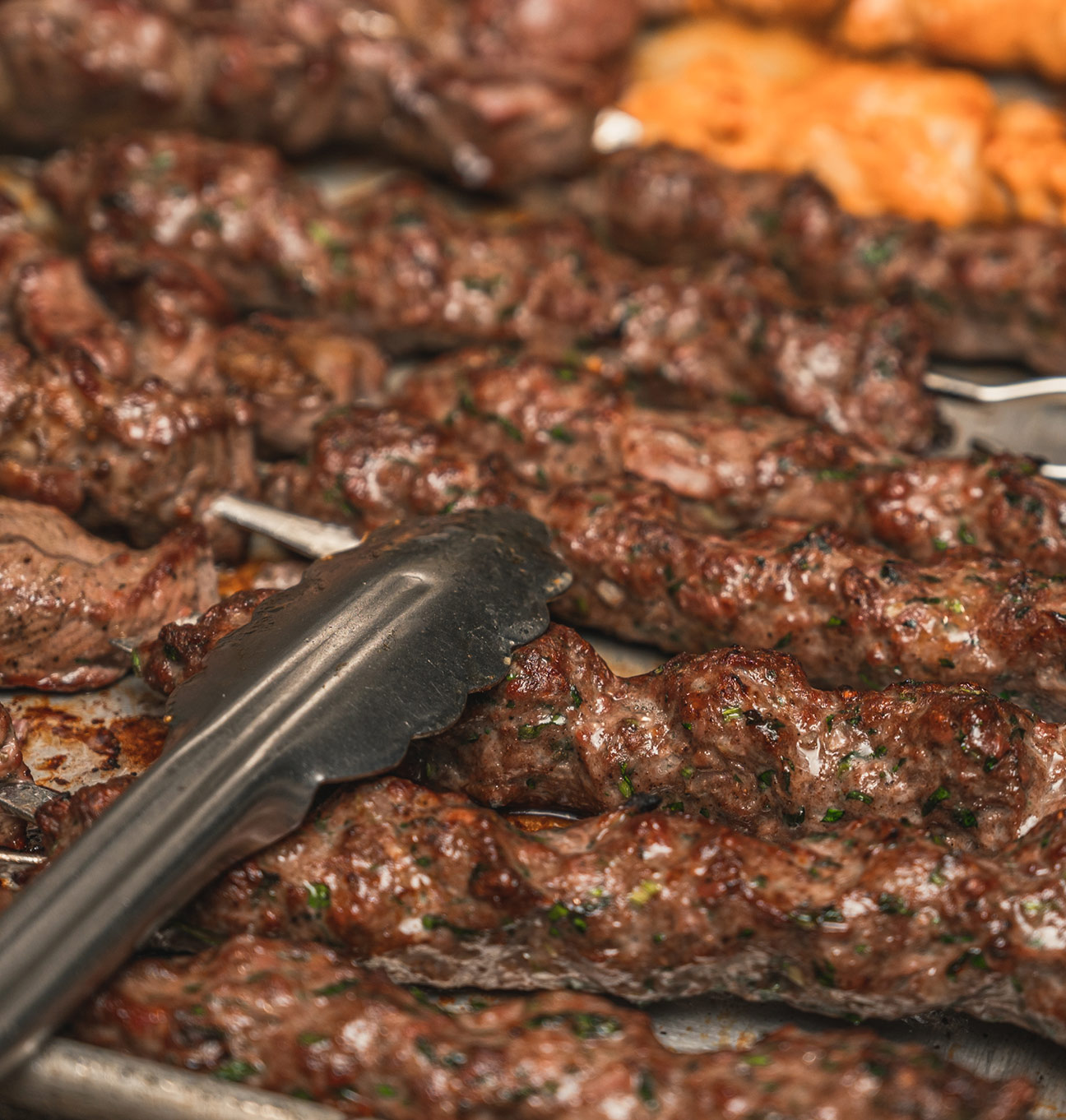 Lebanese food, anyone? Make a beautiful cultural dish at home with some traditional ingredients and cooking techniques. It’s not that hard.

Lebanese cuisine has been around for many years and has held its tradition, making very little changes since ancient times. Healthy and mouthwatering, no wonder Lebanese food continues to rise in popularity not only in Sydney but around the world.

Lebanese culture places a strong emphasis on food and is considered a stronghold the people. Not only is food important for their daily wellbeing, but is rather central to their social and family lives. Sharing a Lebanese meal is all about enjoying the company of family and friends and the creation of memories.

Now that you have a better understanding of the traditional ingredients and herbs used in many Lebanese dishes, it is beneficial to learn more about the traditional cooking techniques used in the Lebanese culture.

Vertical roasting is a key technique used since the early days of the Ottoman reign over the Lebanese people. Vertical spits enable meat to be cooked in its own delicious fats and juices, making it ever so tender and delicious. A famous dish which uses this method is the shawarma. If you don’t already know what shawarma is, you’re missing out. It is a beautiful piece of well-seasoned meat, full of flavour. There are many different types of this dish coming from a range of cultures including the Greek Gyros, the Armenian Tarna and the Turkish Doner Kebab.

Lebanese cuisine involves a whole lot of grilling, and this technique has been around for a long time. Many vegetables and meats are often grilled on skewers, bringing out a beautiful chargrilled flavour to the already beautiful ingredients. A key dish within the cuisine which is grilled is the traditional ground lamb kofta kebabs, a speciality.

Lebanese people have mastered the art of baking, with wood fire ovens being a prominent part of cooking culture within the Middle East. Dishes which incorporate this cooking technique include specialties including the flatbread manoosh (Lebanese pizza) as well as delicious desserts including the baklava or knafeh.

Frying food is not too common within Lebanese cuisine. However, it does have its place within the kitchen, coming in handy when preparing the crispy falafel balls or fried kibbeh.

Although we encourage you to cook up a storm at home, Sydney we know that you are spoiled. There is nothing better than to step away and enjoy a feast without all the mess.
Sahra By the River located in Sydney’s west brings to you one of the best Lebanese food experiences! Our food highlights the importance of love and cultural roots which enhances the Lebanese food experience; through authenticity.
I’m sure you have all googled ‘Lebanese food near me.’ But no longer do you need to do as Sahra by the River has you covered. The ultimate choice for a mouthwatering experience making you come back for more.
Make a reservation for your next lunch/dinner event or call us on today on (02) 9635 6615. We promise we won’t disappoint!