BACK
Why Lebanese cuisine is renowned all around the world 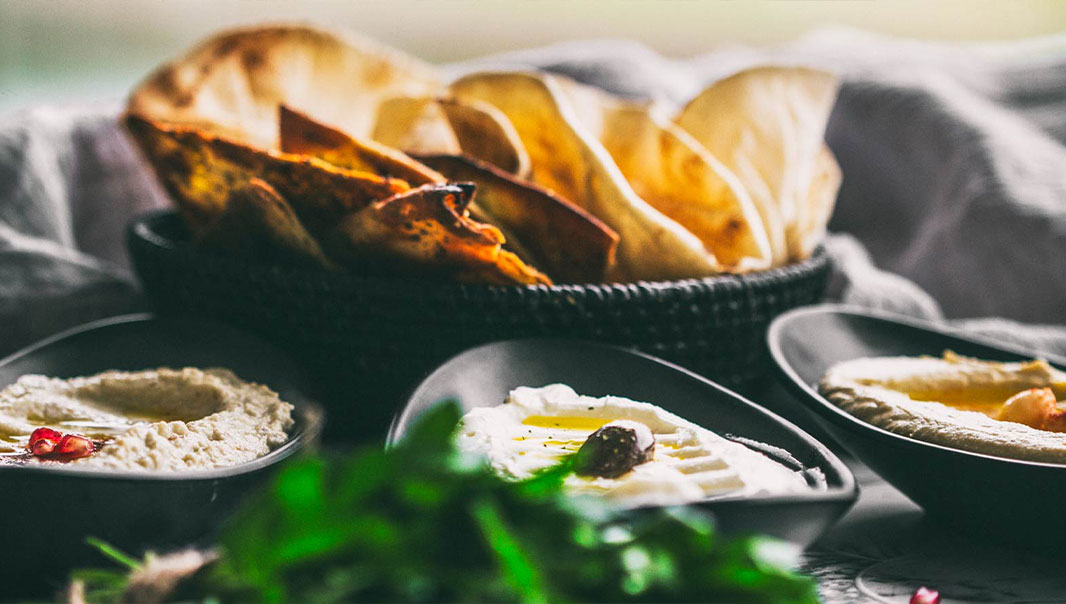 If you don’t love Lebanese food, there may be something wrong with your taste-buds, but it’s okay, we forgive you! Mouthwatering, fulfilling, appealing and ever-so scrumptious, Lebanese cuisine is loved by many all around the globe.

Lebanese cuisine is highly sought after and a popular choice for many all around the world, coming from different cultures, religions and backgrounds. The Lebanese cuisine certainly has a long, rich history which has, in turn, made it what it is today. Without the travellers and merchants bringing their culinary secrets and sharing them with the Middle Eastern culture, Lebanese cuisine may have not stood the test of time.

Lebanese cuisine is very unique and can not be compared with any other. If you haven’t already discovered, it is filled with a variety of rich, tasty options. You will definitely come across a succulent variation of meat, usually lamb, along with some zesty salads, delicious dips, vegetarian mezza and let’s not forget, most importantly, a side of BREAD.

3 reasons why Lebanese Cuisine is so very loved by international food lovers:
Lebanese food and the ever so famous ‘mezza’ option on the menu

Don’t know what mezza is? Don’t worry, we will tell you.
Mezza is a selection of small dishes which are usually served at the beginning of the main meal, similar to the concept of an ‘entre’ to the main. Interestingly, the tradition of mezza is found in many cuisines of the former Ottoman Empire and comes from the Persian word mazze meaning “taste” or “snack.”
Mezza can be considered a meal in its own right. Usually, it includes a range of vegetarian and meat dishes where dishes arrive at the table at around four or five at a time.
More than anything, mezza is an experience. It is a much-loved tradition of laughter and company, that stretches for hours and is not only celebrated in Lebanon but in many neighbouring Middle Eastern countries.

Mezza becomes a social event amongst many and encourages people to sit around, conversate and linger around the table. Dishes are brought out in a way where diners can enjoy the dishes slowly, enjoying every single flavour and every single bite.

Let’s take a moment to put the spotlight on some of the key dishes served during Mezza. You really can not enjoy a Mezza without freshly baked bread. This is the ultimate accompaniment to any Lebanese cuisine experience. Enjoying it alongside a variety of dips, salads or just on its own.

Did you say cheese? For all the cheese lovers, Haloumi is a must. This choice of cheese is usually included in any Mezza and will always feature a plate of or even two. Although this cheese is not of Lebanese origin, it has become a modern staple in many mezza banquets. The delight about this cheese is that you can even serve it grilled. Crispy on the outside and tender on the inside. We are in cheese heaven.

How can we forget the tabouli? A classic staple of Lebanese cuisine that has been a part of the cuisine for centuries and is definitely an essential element of any banquet.

A traditional mezza consists of a variety of tasty dips with the three classics being labneh, hummus and baba ghanouj. Mouth-wateringly delicious and full of flavour, this dip trio goes perfect with hot, fresh bread!

There are many more must-haves for a Lebanese mezza, but these are the ones we can’t live without and are incorporated in Lebanese food menus all around the world.

Mezza has become loved by many different cultures all around the world and we know why!

If you haven’t tried a traditional Lebanese feast that starts with mezza and ends with your button popping, then you are in for a treat.

Sahra by the River serves a variety of Mezza options that you won’t be able to resist, right in the heart of Parramatta. Merging cuisine, experience and a variety of flavours, we serve the finest elements of the Lebanese culture through our food.

Make sure to book your table for your next dinner or group event and we promise you won’t be disappointed. Call us today on 9635 6615 or make an online reservation.